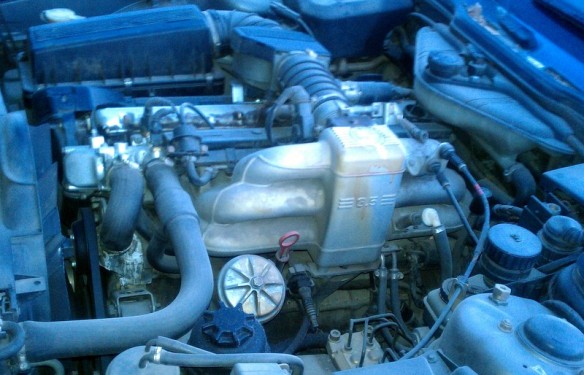 Here are ten reasons to like the M30 BMW engine.

1. Designed in the 1960s, this engine helped make BMW highly respected for its engines’ quiet operation, power, economy, reliability, durability, smoothness and cleanliness. A noted automotive journalist declared it “the best 6-cylinder engine in the world” at a time when BMW was relatively obscure and its competitors included Jaguar and Mercedes-Benz. This engine is one of the main reasons why BMW has become a household name.

2. BMW used this engine from the late 1960s to the mid-1990s in its most elegant and pricey models. Its basic structural elements made it simple and advanced when it was introduced, able to be competitive for 30 years. This spanned a time-frame when most automotive engines were superseded by fundamentally different models due to the difficulty in keeping up with ever-more-stringent US clean-air regulations. These measures became more draconian year after year, faster than refinements on lesser engines could generally keep pace. For example, in the late 1970s, when other automakers needed to resort to expensive and complicated components, this engine was so clean-burning that it didn’t need such additional clean-up measures.

4. It is also durable: many of these engines last for 250,000 miles or more. At that point, if it needs an overhaul, only the top half typically does. The lower (main) section can be good for half a million miles or more, before needing an overhaul.

5. Maintenance costs are low due to the parts being logically laid out and easily accessible. Parts need replacement rarely due to being so high-quality as to design and materials. This engines has been used so pervasively that parts for it are affordable and easy to find, at the dealership and even in a small-town chain store.

6. Though powerful, this engine is quiet and smooth.

7. It is also fuel-efficient , unusually so especially for such a powerful engine.

8. BMW made the basic engine but the company chose to outsource the fuel injection to the world’s leading manufacturer of such parts: a company that also supplies parts to Alfa Romeo, Audi, Mercedes-Benz, Porsche and Rolls-Royce.

9. Its aluminum components make the engine light yet strong. This same engine can be modified to produce much, much more power, and BMW cars raced very competitively as such. for many years.

10. The one situation for which the engine was designed to not be strong is: a major collision. Its light-alloy structure takes the impact and self-destructs, rather than passing the energy on to the occupants of the vehicle.